Of all the guests we've had on the show, I don't think we've had anyone on who loves what they are doing, quite as much our guest this week.  And that's saying quite a lot!

This week we talk with Don Sucher, proprietor of Sucher & Sons Star Wars Shop in Aberdeen, Washington.  Don's store is all Star Wars, all the time!  New and old Star Wars collectables grace the shelves of Sucher & Sons for you to play with and to purchase.

During our conversation with Don, we conducted our first "man on the street" interviews, as we take a moment to chat with customers in the store!  And we also put Don through "The Mind Probe", and send him down the "Trench Run" where we quiz him on Star Wars merchandise!

Photos of Don and the kind people who spoke with us during the show... 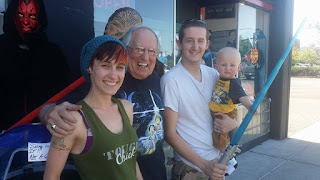 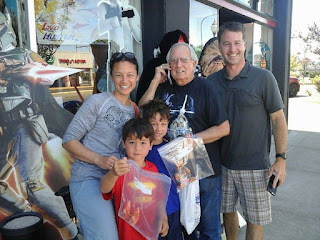 A collection of videos from inside the shop...

Posted by TheExpandedFandomverse at 7:33 PM