Remember opening up that toy store ad in the local newspaper and seeing that they had the newest Star Wars toys and that the figures were on sale for a mere $1.99. Philip Reed takes us back to those days with his newest book: A Galaxy of Action Figure Savings.

We talk with Philip about his love for Star Wars toys and putting together these toy time capsules that capture a moment in history in the marketing and advertising of everyone's favorite vintage toy line.

Philip has tons of Star Wars knowledge, but is he worthy of our game: Who wants to be a Grand Jedi Master? Listen and find out! 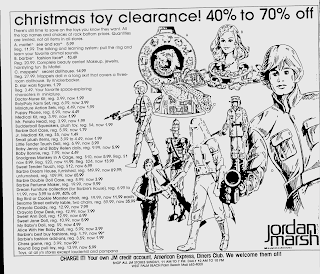 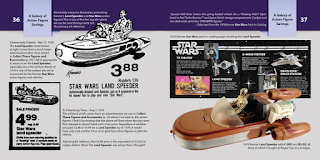 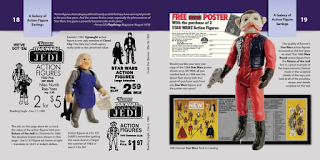 Posted by TheExpandedFandomverse at 8:31 AM No comments:

What do you get when you mix the Beatles Sgt. Pepper's Lonely Hearts Club Band with Star Wars? You get an internet sensation with over 1 million views.
In this episode, Jason and Indiana Jim talk to the creative team of Palette Swap Ninja who crossed sci-fi and rock-n-roll to come up with Princes Leia's Stolen Death Star Plans, a Star Wars parody based on the classic Beatles album.
Hear excerpts from the album as well as what it took to make it from the artists themselves, and don't miss a unique and fun Trench Run Game that had us all experiencing some Beatles mania!

Attack on the Thermal Oscillator of Starkiller Base Game  -
STAR WARS, Beetle, or Both - 1:08:00

Posted by TheExpandedFandomverse at 7:54 PM No comments:

If you ever wanted to know when something happened in the Star Wars timeline, then Nathan P. Butler is your man. For almost 20 years now, he's been notating all the important and the mundane. If it happened in canon he could tell you when. But, when a disturbance in the force, called the Disney takeover, happened what was to be come of the Timeline. Nathan tells us,  shares his love for the Timeline and uses his knowledge of all things Star Wars to tackle a trench run like no other.

Nathan on the Web:
http://www.starwarsfanworks.com/timeline/

Posted by TheExpandedFandomverse at 3:02 PM No comments: